Until a few months ago considered for a leader in the race for US president. Recently, Donald Trump is the new president of the United States. Let us remind you that on November 8, Donald Trump was elected for 45th president of the US, with the support of more than 290 voters, while necessary 270th . Many of you surely are interested how he lived so far. Because today’s article is titled Inside Donald and Melania Trump’s luxury apartments. 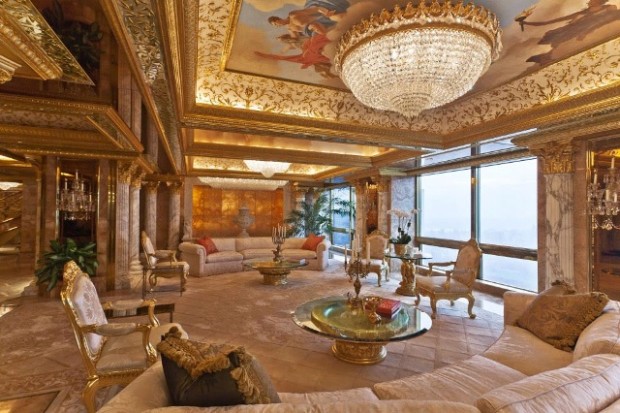 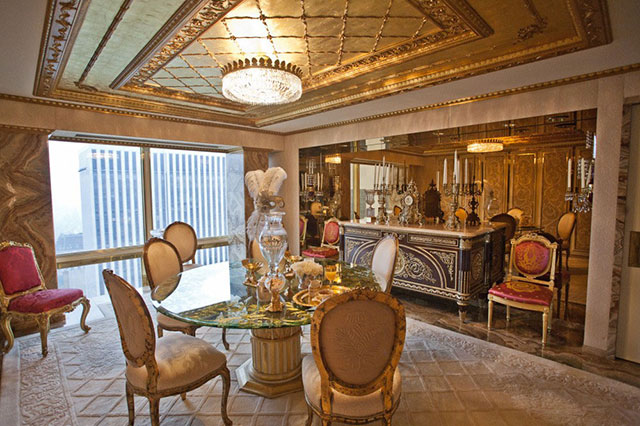 Penthouse Donald Trump is estimated at $ 100 million, we can see luxurious interiors, and various objects in gold, book for 15 thousand dollars toy “Mercedes” for his son Baron and various sculptures. The apartment has an area of 9000 square meters, and is one of the most expensive in the city boundaries. Trump apartment is located on the 66 floor. The penthouse in which lives Trump with the family, is located in a skyscraper built in 1983. 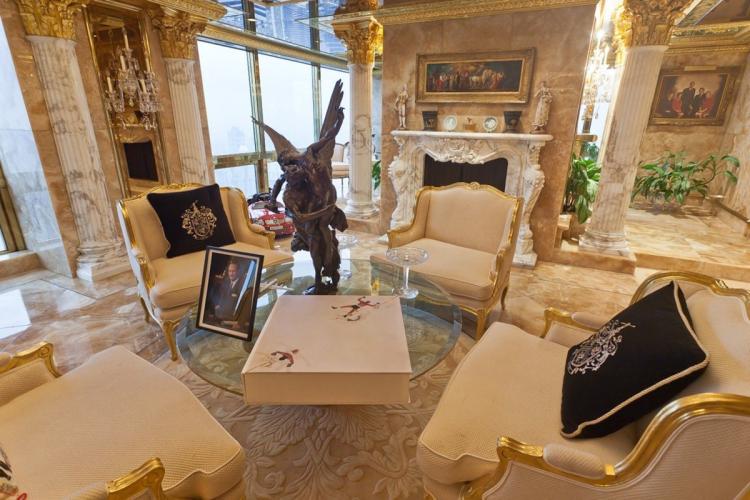 All apartments at Trump occupy three floors, which can be seen from Central Park in New York. Trump, his wife Melania, their son Barron live in a home of laminated safety glass, decorated with 24 carat gold, marble and even diamonds. Angelo Dong is the name of the designer who worked on the design of the luxury suite of Donald Trump. For this designer, the 80’s were very successful in working with famous and rich people from America. The design of the luxury apartment on Fifth Avenue, is like the Palace of Versailles, the former residence of the French kings.